A History of Innovation 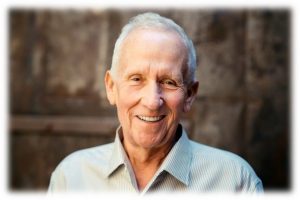 The Rudd family traces its roots in the alcohol industry to Colorado where they were original manufacturers of wood cooperage for the Coors Brewery of Golden, Colorado. Upon graduating from the University of Denver in 1935, Sam Rudd moved to Wichita, Kansas. Sam and his wife Elenore, began Standard Mercantile in a small warehouse (5,000 sf) and primarily serviced the Wichita market.

In 1948, Kansas prohibition laws were repealed by the voters of Kansas. Seeing an opportunity, Sam Rudd established, applied for, and received the third alcohol wholesale license by the State of Kansas that same year.  Through Sam and his family’s tireless efforts and commitment to their customers, the business grew rapidly. The name of the company was changed to Standard Liquor Corporation (SLC) and in the 1950’s, SLC opened branch facilities in Lawrence and Great Bend. In 1959 SLC moved into a significantly larger (40,000 sf) facility in Wichita.

In 1965, Leslie Rudd (Sam and Elenore’s son), who had grown up in the business, joined SLC as a sales representative following his time as a student at Wichita State University. Following the principles of success established by his father: professional service, customer-focused marketing, and close partnerships with suppliers, Leslie quickly moved up in the company. In 1969, he became Vice President and led the most significant increase in market share of any Kansas alcohol wholesaler (over the next several years).  Leslie advanced accordingly and was named President in 1974.

Through foresight and careful monitoring of changes in the business, Leslie positioned the company to become a statewide wholesaler when brand franchising, a concept he was instrumental in implementing, replaced open wholesaling in Kansas in 1979. Since that time, many other significant market changes have occurred in the state’s legislative framework including price decontrol, legalized advertising, and liquor by the drink. Shortly after the turn of the new century, the name of the company was changed again to Standard Beverage Corporation (SBC).

Since then, the company has attempted to reinforce and expand upon the key business concepts that Sam and Leslie Rudd established, including a strong focus on growing our market share, our people and our reputation through the following:

A key element of this is that the company has continued to evolve and succeed in an ever-changing industry (and state of Kansas) environment by embracing change as a positive ally.

While the business itself has evolved, The Rudd family’s ownership has remained as a constant through the decades.  In 2015, Darrell Swank was named President of Standard Beverage and has worked together with the entire SBC leadership team (including Chief Operating Officer Ryan Thurlow and Chief Financial Officer Angie Wilhelm) to maintain the company’s standing as the premier distributor in Kansas.  In his role, Darrell works closely with the Rudd family on SBC and also with other Rudd family businesses, real estate assets and numerous other investments, through Darrell’s dual role as President – LRIco Services (the Rudd family’s investment office).

From the Rudd family’s and company’s humble beginnings, Standard Beverage has now grown to become the state’s largest and most progressive full-product line alcohol distributor of spirits, wine and beer.  We truly believe our greatest asset is our people and are pleased that our company has grown to include approximately 400+ team members.  At Standard Beverage, we are honored to have served customers in the state of Kansas for the past 70 years and look forward to many decades more!

a distributor of quality spirits, wine, & beer
Follow Us: To see an inside peek of #SBCKansas